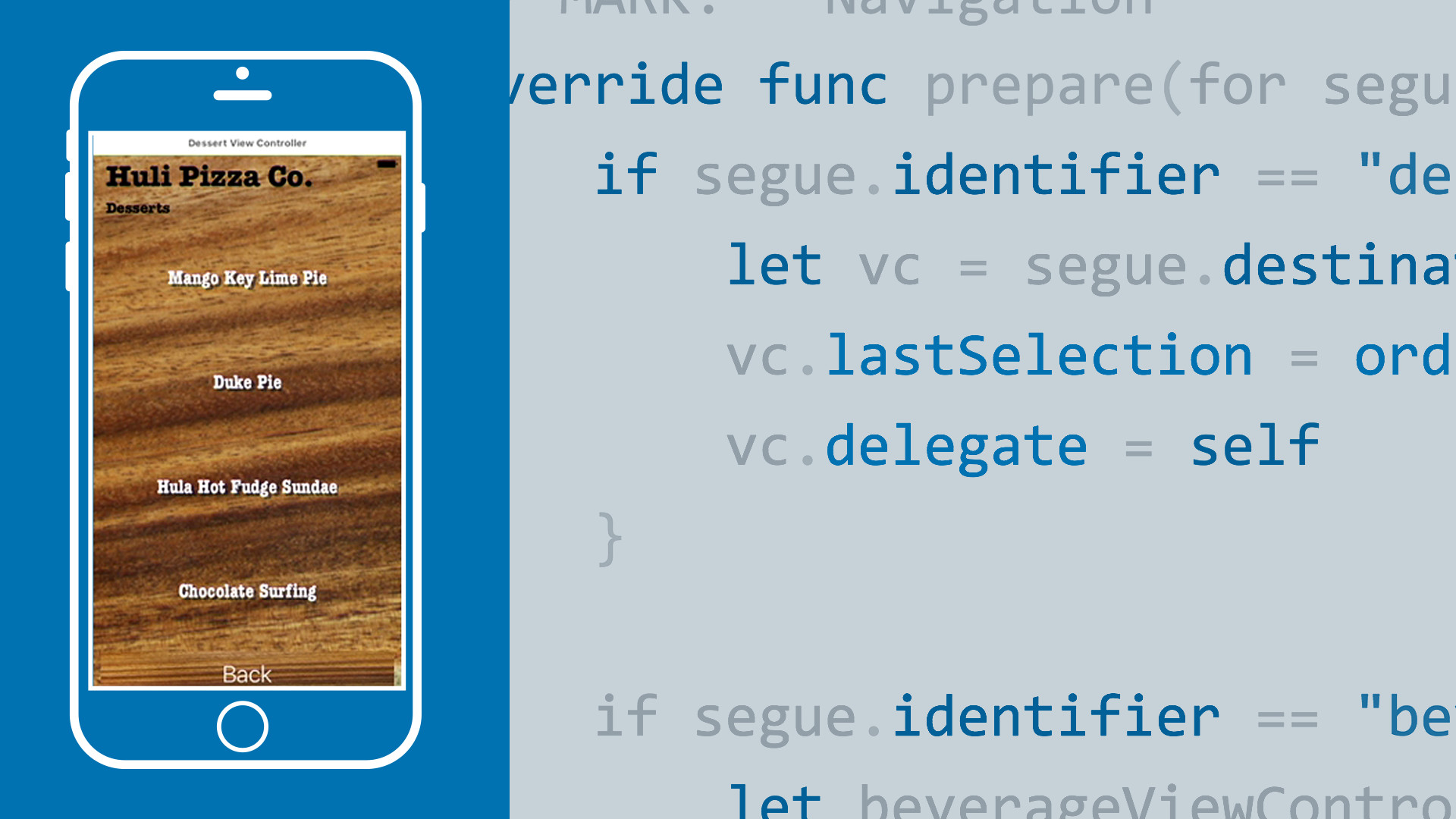 We started when Swift started. You’ll find articles about many different aspects of swift, and links to Steven Lipton’s video series on LinkedIn Learning. Purchases from the links may give us monetary compensation.

The original posts on Swift, iOS, and watchOS.  Find hundreds of tutorials on topics from UI to model view controller. Now with SwiftUI coverage.

Steve Lipton’s weekly series on iOS development on LinkedIn Learning. You’ll learn on a variety of topics from the latest developments in Xcode and Swift to basic techniques with arrays, structs, and classes. Updated weekly, the current week’s video is free for one week. If you are a LinkedIn Learning subscriber the entire series is accessible.

This week: Learn about setters, getters and computed properties for Swift properties. Learn how to make read-only variables and variables which validate themselves.

Learn how to use and customize notifications in your app. You’ll lear about both local and push notifications, and how to handle responses. You’ll also learn about the extensions available for notification for customization of incoming data and layout of a notification.

Auto Layout is at the heart adaptive  UI design in most existing Applications. While the storyboard is an option, using Auto Layout programmatically gives you more control over your layout. Learn how to add storyboard elements directly in code for better portability and control.

Learn how to build your first Apple Watch app in Xcode.  Then Learn how navigation between controllers works differently than iOS. Use Interface builder for watchOS layouts, and introduce yourself to the watch’s picker, dictation from the text control and building tables. You’ll learn watch-specific elements such as haptics and use the digital crown in your apps.

In this course take some basic skills of watchOS and expand them to their full power.  You’ll learn how to add a watch app to an existing phone app, how watches and phones communicate, what you can do with watch background  modes and some more advanced Apis such as SpriteKit, SceneKit, MapKit, and Image Animation. I’ll show you how to use complications so you can add custom data to the watch face.

You may be one of those people who are frustrated getting data from one storyboard scene or view controller to another through delegation.  In this course, you will learn the foundation you need to understand delegates, the theory of how they work and some hands-on examples of building a delegate to send data between two view controllers. I’ll also cover the delegate’s relative, the data source and what is the difference between the two.

Some of the world’s most important questions are, in no particular order, Where am I? How do I get there? What’s there? What’s a great place for lunch? That’s what maps are for. In this course, you will learn to add a map to your iOS application, use satellite and 3d imagery to bring it alive, and how to annotate your map with icons, descriptions and graphic overlays. I’ll show you how to find a device’s location, and how to search for the location by address, coordinate or keywords so you can have that pizza for lunch. I’ll also show you how to pull all that together with the directions feature of MapKit.

Wether you are prototyping a new app, learning Swift programming or just needing to make a class for an application away from Xcode, Swift Playgrounds may be your answer. You’ll learn the power of Swift Playgrounds in Xcode and on the iPad to prototype and present your ideas. Quickly write code in iPad playgrounds without a keyboard and how to debug and test code instantly with Quicklooks. Build interactive presentations with live view and use rich formatting for a good look. You’ll put together a playground book and a lot more.

People move around, we dance,  run,  play sports and play games. iOS can track these movements with the Core Motion framework, so you as a developer can make a device react to movement for fitness apps, gaming apps or as a user interface gesture. You’ll learn both high-level API’s like the pedometer you can use right out of the box, and low-level raw sensors like the magnetometer. You’ll learn to push and pull data from core motion. We’ll also learn about noise and modeling motion for the most accurate motion detection. We’ll be putting together two apps, a pedometer measuring pace and distance and a fencing game to show you the power of core motion’s accelerometer and gyroscope.

SwiftUI is blowing minds in the Apple ecosystem. With its descriptive and reactive philosophy,  Swift UI is a major change in how you will develop applications. With the same code working for all Apple devices including the watch, Apple TV, Mac, iPad, and iPhone, setting up User interfaces is now easier than ever. You’ll learn how to make user interfaces that in only a few lines of code would take hundreds otherwise. You’ll be able to quickly layout views in the preview window. You’ll be able to quickly test every view in your UI. Your UI will be automatically adaptable for font accessibility and dark mode. You’ll hook up models to your views reactively, saving you from tedious handing of model changes.  In this course you’ll learn to build the front end of a pizza restaurant ordering app, exploring basic controls,  master-detail interaction, modal sheets, animation, and integration with existing frameworks and applications.